Been in training from 8-5, then dinner from 5h30 to 8 and then 2 more hours of discussions.

http://epiphanycafe.vpweb.com/Home.html New American farm-to-table cuisine. Try the scallops as a starter, the duck as a main and the carrot cake as a dessert. I promise you won't regret it! No view here, but amazing food! Good cava too :)

To be walking in chieftain Tuskaloosa's footsteps

When I was living in Europe, "the South" of the US didn't really mean anything. Sure, I knew that's where the plantations and the slaves were, but other than that? Not a lot of facts come to mind.

And then suddenly, I am travelling to Tuscaloosa, Alabama for 4 days! So I got a chance to experience the South by myself, pretty cool, right! I'm here for a training with work. It should be all about innovation and 'fail fast, fail cheap'. I'm very excited for our first day of training tomorrow. Today was half a day at work in Cincinnati and then half a day of travelling to get here (Cincy - Atlanta - Birmingham - then 1h drive from Birmingham to Tuscaloosa, in the state of Alabama).

For those who don't know where Alabama and Tuscaloosa are, see below. This city got hit badly by a huge tornado in April 2011 (2.4k wide...), leaving 47 dead. We still saw some of the impact when we drove into this town.

If you wonder where the name comes from, it refers to Tuskaloosa, the chieftain of a Muskogean-speaking people, who battled and was defeated by Hernando de Soto, in 1540, in the battle of Mabila. 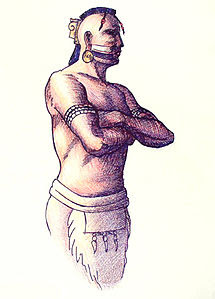 Fascinating, no, to be walking where this guy walked about 5 centuries ago?

My first impressions of Tuscaloosa:

- very green area, lovely very wide river. This river is apparently called the Black Warrior River, which is what Tuskaloosa meant in Muskogean! We just had an amazing dinner, overseeing the river, very nice.

- they like to fry food over here. They have hushpuppies; they are deepfried cornbread balls that are kind of delicious. The name apparently refers to the fact it was a way to feed the dogs, to 'hush the puppies' (make them be quiet). I also tried fried pickles (mwah, not sure what the obsession with pickles in the US is about) and cheese grits (ok, but oh so heavy... couldn't even fit dessert anymore after this...)