Hmmm, should I try to write this one in English? Belgian people will be ok with it + my friends in the UK would finally understand a blog post of mine! Let's try it. Oh and just ignore any spelling / grammar mistakes, ok? Great, let's go! 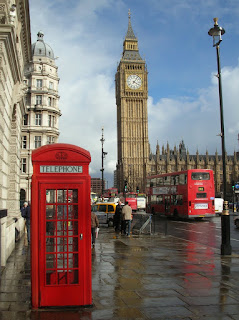 1) Go to the gym: Yep, tried out bodyjam, yoga and zumba and went swimming quite a few times! Done
2) English breakfast: this is the only English 'dish' I will miss so had one in the last weekend in Ealing
3) Cider: had enough of this during my leaving drinks :) Great evening with so many amazing colleagues who all came to say goodbye... I'm glad I'm not changing companies, so I will keep having the opportunity to catch up with all of them when I need to be in the UK from time to time! I have learned so much in my 1 year and 7 months in the UK, thanks to all of them!
4) Sushi and Thai food: went for sushi on my last night out in London with my 2 best friends who I will miss more than anything else! One of them actually taught me how to use chopsticks properly a few months ago, so I can finally eat sushi in a decent way! Had Thai for my last lunch in the UK, mmm
5) London: I have always said that I've never really been in Love with London, but that doesn't mean that I won't miss it. So much culture, so many great places to go, always something to do. In my last weekend before leaving the UK, we went to Hampstead heath to check out the view of London. A long trip from Ealing but a very rewarding view of London at sunset! 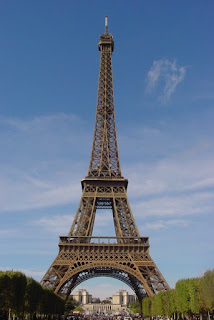 First days in Paris
So my company had this really interesting job opportunity in Paris and I thought: that's where I want to go. Having studied French and Spanish at university, it seemed the perfect opportunity to combine my work experience in project management and my studies.

I left the UK on a Tuesday evening, after a last working day in the UK with lots of catch-ups with people who's feedback I value a lot. One big trolley, a bit too heavy for me, with all my clothes for 1 month and I was gone! I can tell you now that the London tube is no fun at all, especially around 17h30 when you're so much slower than everybody else due to the trolley... Finally made it to Saint-Pancras where I decided to buy a half price WHSmith book for the last time (why would you not buy a book if it's only 4£?) and a Time Out about Paris. After 2h 30 mins, the train arrived in Paris, where the journey was even more painful because by now my hands just really hurt a lot. Anyway, I arrived in our temporary flat around 23h and god I love this place! It's old but good old, with dark wooden floors and high ceilings, a television, internet, a bath and a dish washer! Pure luxury for me :) Of course I'm looking for a permanent flat now as this is just for a month, but I will make sure I enjoy the temporary luxury :) The area is nice as well, next to Gare Saint-Lazare, in 'le quartier européen'.

My first day 'in the French office' was actually like this: getting up at 5h30 (yes... and the night beforehand I actually went to bed really late because I'm one of those people who doesn't feel comfortable until my -huge trolley- bags are unpacked and everything has its own place... i know) - taking the train to Saint-Etienne, which is even further than Lyon, attending an all team meeting from 10 to 16h and take the train back! Very very intense but a great first day as I got the chance to talk to a lot of people and could present myself and the work I've done beforehand, in French (et oui!).

On Thursday and Friday I practised the art of switching between English and French without thinking about it (which is still a bit weird, because I also still have this third, Dutch, language in my head). It's going quite well! On Thursday evening I went out with the 'expats'. It's not just English people as you would expect, but actually a mix of Australian, Spanish, Belgian (ok, that's me) and English. We went to a nice restaurant close to Place Monge and for a drink afterwards, really a nice area (and evening!)

And yesterday I met up with a friend from university to go for a drink and watch a concert, which was just amazing so all I can say is that I love Paris already...!

First observations about Paris/France (in random order + only personal impressions so no general truths!):

Well, that's it for now, time to look at flats online! Keep in touch, people in London and Belgium!